Career advice from Liz Ryan tells you that writing a pain letter to accompany your resume will get you an interview 25% of the time. But that’s a 75% failure rate. Ouch!

While 1 out of 4 isn’t bad, you can beat more of your competition by writing an opportunity letter instead.

First, What is a Pain Letter?

Liz’s counsel is to research and develop a hypothesis about a problem your target hiring manager might have. Then, you find the hiring manager and send them a letter explaining how you’ve solved that problem in the past.

As I mentioned above, Liz says they work about 25% of the time. However, I recruited for 28 years, received many pain letters, and round-filed or deleted every one of them.

Here’s Why Your Pain Letter Fails

A few years ago, Josh Goldstein, currently Co-Founder at Underdog.io, found his job search had stalled. He was so frustrated he wrote a blog post asking his readers for help.

In the post, he shared a letter he had sent to a target employer, foursquare.com, where he described his perceptions of their growing pains and ideas about solutions to their problems.

The blog post gained the attention of foursquare’s Head of Talent. Here’s his feedback on what Josh wrote:

“Listing ideas in a cover letter can be dangerous. As an outsider, it’s tough to know the exact vision and strategy of the company. If you are 100% sure you’ve nailed it, then the job is yours.

But if your ideas go slightly in the wrong, wacky direction, it could do more harm, and the company might think you don’t get it.”

So, while a pain letter might pull your resume out of the black hole 25% of the time, it probably won’t warm your reader’s heart.

How would you feel about receiving a letter from an uninformed stranger that suggests you don’t know what you’re doing?

Rather than risking sounding like a pompous jerk, let prospective employers know you can capitalize on opportunities. That makes a good first impression.

What if foursquare’s Head of Talent had received this “not pain” letter?

I’m writing to express interest in your Media Partnerships role. I’m about to finish my MBA at UNC’s Kenan-Flagler Business School and want to join a company where I can deliver growth.

By way of example:

I worked for a nonprofit before business school. One day, a sports celebrity mentioned our organization in a national publication. We became aware of his endorsement when checks started arriving at our door in mailbags.

I saw the opportunity to develop a long-term partnership with him and pitched my idea to our COO. Together, we wrote him a thank you letter and had our CEO and Board Chair sign it.

Beyond thanking him, we asked him to consider an ongoing relationship with our organization. We outlined our vision of how that would help the people we both wanted to benefit.

In brief, our outreach turned into a branded program that continues to raise more than $5 million per year for my former employer and its grantees. I managed that relationship and program until I left for business school.

I can imagine some of the growth challenges that foursquare might be facing, but I’m not exactly sure what they are.

Here’s what I do know:

If you set me on a mission, I can develop a set of ideas, work under my manager’s direction to vet them, and execute what we decide. I’ve done it before. I will do it again.

Beyond describing the risks of making assumptions in a pain letter about an employer’s biggest problems, foursquare’s Head of Talent counseled Josh to talk about:

The sample opportunity letter above gives the reader answers to each question. Plus, it’s factual, not hypothetical.

Who would you rather interview — the person who proves they can see and deliver on opportunities or the one who misses your pain point and annoys you?

It’s a roll of the dice to write a compelling pain letter because you often have to imagine the hiring manager’s problems.

Cover letters and resumes are tough enough. Don’t challenge yourself further to create a pain hypothesis.

Just write about reality and top it off with an easy call to action like coffee or a Zoom meeting. You’ll create a more powerful impression.

What Happened to Josh?

The blog post got Josh an interview with foursquare, but not the job.

He joined another start-up and then became a Co-Founder at underdog.io (not an affiliate). The company lets top talent apply for jobs with promising start-ups in 60 seconds and gives startups access to that talent for a monthly fee.

Everything That Matters About Cover Letters

Featured by: Fast Company and SmartBrief on Your Career.
Image: pressmaster
Updated February 2021 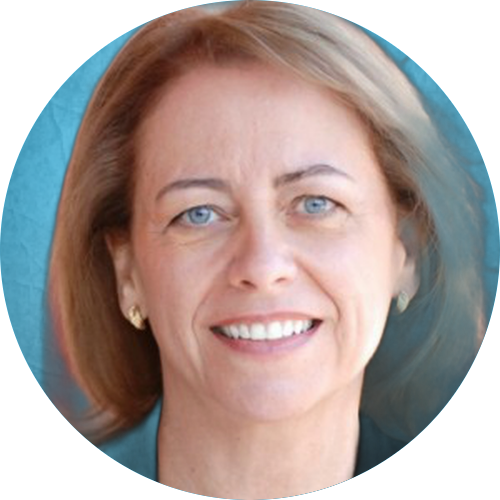