Non-compete agreements limit your ability to quit jobs and get raises.

Would you want to know before quitting your current job if your new employer was going to ask you to sign a non-compete agreement?

If your answer is, “Yes!” then add talking about non-compete agreements to your list of questions to ask before accepting a job offer.

What Is a Non-Compete Agreement?

According to Wikipedia, a non-compete is an agreement “under which one party…agrees not to enter into…competition against another party.”

Historically, non-competes have been used to stop former employees from using knowledge or relationships gained at a prior job to benefit a competitor or start their own business.

However, according to a recent series of New York Times stories, the use of non-competes has been “exploding,” and state laws about the agreements have been changing.

Some states have increased employee protections, others have made it easier for employers to enforce non-competes.

A recent study estimated that 18% of working Americans (at all levels of organizations) are currently subject to non-compete agreements.

That means roughly one of five working Americans, or about 30 million people, work under non-compete restrictions.

If you aren’t part of the 18% now, you might be in your next job. Hence this article and my advice to add the non-compete topic to your list of questions to ask BEFORE accepting a job offer.

Why Is This Question About Non-Compete Agreements Essential?

One would think if an employer wants you to sign a non-compete that the topic, and the document, would be part of negotiating your job offer.

Sadly, one would be wrong about this. According to the study noted above, employers “regularly” wait until after you’ve said “Yes” to their offer, quit your old job, and started your new job to give you the non-compete.

It happened to me.

Luckily, I was highly employable, so I had bargaining power and was able to negotiate an agreement that worked for both parties.

However, the owners broke my trust and never got it back. When they violated the agreement a few months later, I hired an attorney to help me quit and I was out the door to start my own business.

That info aside, wouldn’t you rather know if you’re going to be asked to sign a non-compete agreement before you quit your job than after you’ve started your new job?

How Do I Ask About Non-Compete Agreements? 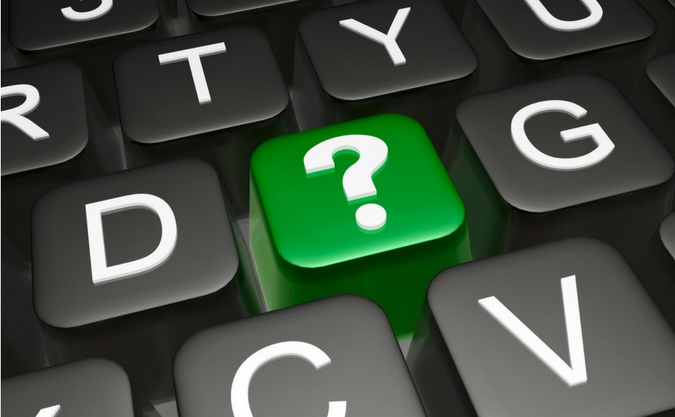 You’ll want to judge when to ask about non-competes. You might (verbally or in writing):

1. Casually ask during the interview process, “Does this position involve a non-compete agreement?”

2. Ask about it while negotiating your offer, “Will you want me to sign a non-compete?”

3. Bring it up before signing your offer letter, “We haven’t talked about non-competes. Will you or anyone else at the company want me to sign one? If so, I’d like to see it before we move forward.”

Whatever you do, document who, what, where, when, and how you asked the question and the answer you got.

What Should You Do if You’re Asked to Sign a Non-Compete?

Do not google, “What should I do if I’m asked to sign a non-compete?”

If you think you would sign or negotiate it, there’s only one answer to your question, “Ask an employment attorney to review the document and explain what it means to you.”

State law about what non-compete agreements can cover and how enforceable they are varies widely. For example, California places heavy restrictions on them, while Idaho just passed employer-friendly legislation.

Thus, I’m not offering legal advice here, and I encourage you to ignore the advice or opinions (see more on that distinction) of anyone other than your attorney.

What’s the Worst-Case Scenario on Signing a Non-Compete?

Let’s face it, companies want these agreements because they believe they benefit from them.

They can make it much harder, even impossible, for you to:

1. Find another job — because other employers will be nervous about potential litigation.

2. Quit — because you’ll be nervous about potential litigation.

3. Negotiate higher compensation — because what are you going to do if you don’t get it, quit?

Do you want to be removed from your new job by court order because your former employer decides to litigate your non-compete — enforceable or not? You can see that, and other non-compete horror stories, at the New York Times link above.

And litigation? That means legal fees that can also do big damage to your financial stability.

If you want to avoid the potential for serious career disruption and financial trouble, then add non-compete agreements to your list of questions you ask before accepting a job offer.

Have you ever signed a non-compete? How did it work out for you?

If you want to avoid other new job pitfalls, check out 12 Things You Wish You’d Known Before You Took the Job. Also, consider hiring a coach to help you find your way for the first several months.

Skeptical? According to a recent Korn Ferry executive survey, 10% to 25% of new hires quit within six months because their new jobs weren’t what they expected them to be.